A downloadable game for Windows

The Vampire, Nosferatu has risen...

Demons have returned to Morvania...

Rain returns to her homeland only to find that it's been over-run by monsters of all kind!

Explore a huge overworld and find the source of the nightmare!

A humongous thank you to Lukamusics for providing music for this game, please give him all the love you can: https://twitter.com/LukaMusics

As well as Sgt. Shivers for helping me with some code, sprites, and texture work! https://twitter.com/Sgt_Shivers_

The game was amazing! Really fun, fast-paced, and felt very complete despite being kinda short. I loved the way the world is built and the map gives the illusion of being very vast and full of places to explore, the levels in it have a nice verticality but the platforming is kinda simple. The characters feel unique in skills and design except for the gunner that doesn't feel very original and falls short compared to the rest of the characters. The only complaint I have with the game is how the bosses are just too easy and don't feel exciting at all, for all the bosses in the game including the final boss all it takes to beat them is just running around them in circles and you'll never get hit. The game lacks depth but it isn't really a bad thing, I think the "simplicity" of it is what gives the game that really "classic Castlevania" feel to it, both graphically and in terms of gameplay, the game is very recommended to anyone that has a pc! I'm looking forward to more of the developer.

I cannot play. The readme file says that I need to open a "shrine.exe", but I can't because there is no shrine.exe. I downloaded the windows .zip because I am using a windows computer. I have tried this 2 times and I am gonna try again, making sure I am doing everything right.

The instructions in the readme are wrong because the readme included is from the wrong game. You need to run Lycanthorn2.exe, not Shrine.exe as it says...

this game is cool, the control is simple.

It's very good, I really liked the mechanics and the characters, the only thing I would have liked more would be that the bosses also had more mechanics in the fight.

If there’s one thing I’d like to see more improved out in Lycanthorn 3 (if a sequel happens), it’s a better balance between characters. After you get new characters, Rain started to feel like an afterthought in her own game, as the other characters became more useful to use then she did!

For some reason I can run the first one no problem but my linux is saying it can't find the gzdoom executable for the second game, even tho the folders are layed out exactly the same. I have no idea why

This is probably related to that when making the Linux ports I made some minor mistakes and was not able to correct them. This should be fixed on the Steam page for this game plus Shrines 1 and 2

Hey! Thank you for making this game, I really enjoyed it, so much that I listen to the soundtrack every now and then. It is that good! So anyways... Lycanthorn 3 confirmed?!?!

Expect news about that sometime in the next few months

Pls add payment options here. Also, what's with that update you tweeted about?

one of the best sequel ever

Um the right mouse button isn't working for the knives. in fact anything i map as the second fire button on my mouse or keyboard isn't registering as second fire and there's a couple map line errors that pop up if i load it through gzdoom and there a few texture errors that pop up when it's loading through its own executable. I have no idea if it's because i first downloaded it when it was brand new and i need a new version; though i seem to remember having these problems with the game when it was just released as well

I had a lot of fun with this! We need more werewolf ladies in pretty much all forms of media, plus I'm a sucker for old fashion shooters like this. The overworld is super charming too. I'm recommending this to my friends!

Currently, the Linux download does not show up in the itch client. Looks good, though!

Just want to give you a heads up: I'm seeing errors on startup that look to be related to blender files being included in the ipk3. Deleting the WHOLE "Models" folder seems to be safe and clears up my error.

Also: to anyone who's complaining about naming, the ipk3 opens like a zip and you can change the iwadinfo.txt to your hearts content.

NVM: you may have already corrected the errors internally with the "SurfaceSkin" values, it just looks really odd as they all call the same png

Edit: yeah, the models are working as you had them, I was able to read up about how GZdoom handles mtl files

Yeah, this game rocks! Really fun and awesome. I love travelling at the speed of sound with Rain by run-jump-kicking everywhere!

Here are just a few things that I think could use some improvements:

Everything else was great, especially the pixel art and music.

WOW! This game is a blast. Finished about 5 bosses so far. The first female boss was pretty hard, other bosses were a lot easier. Thanks for this cool game!

this game is great, real fun to fight the enemies and always keeps you on your toes with even the basic of enemies. i only played one of the characters so far but i will try to complete this game to give more results on my journey. but one thing i dont understand is this enemy whenever i die. whenever i die to the lancer, he just turns into this on death. is this a mistake, ar is this on purpose?

edit: i found out what it is, and i beat the game, i give it a 9/10, and my most favorite character has to be the goblin dude or whatever he suppose to be. 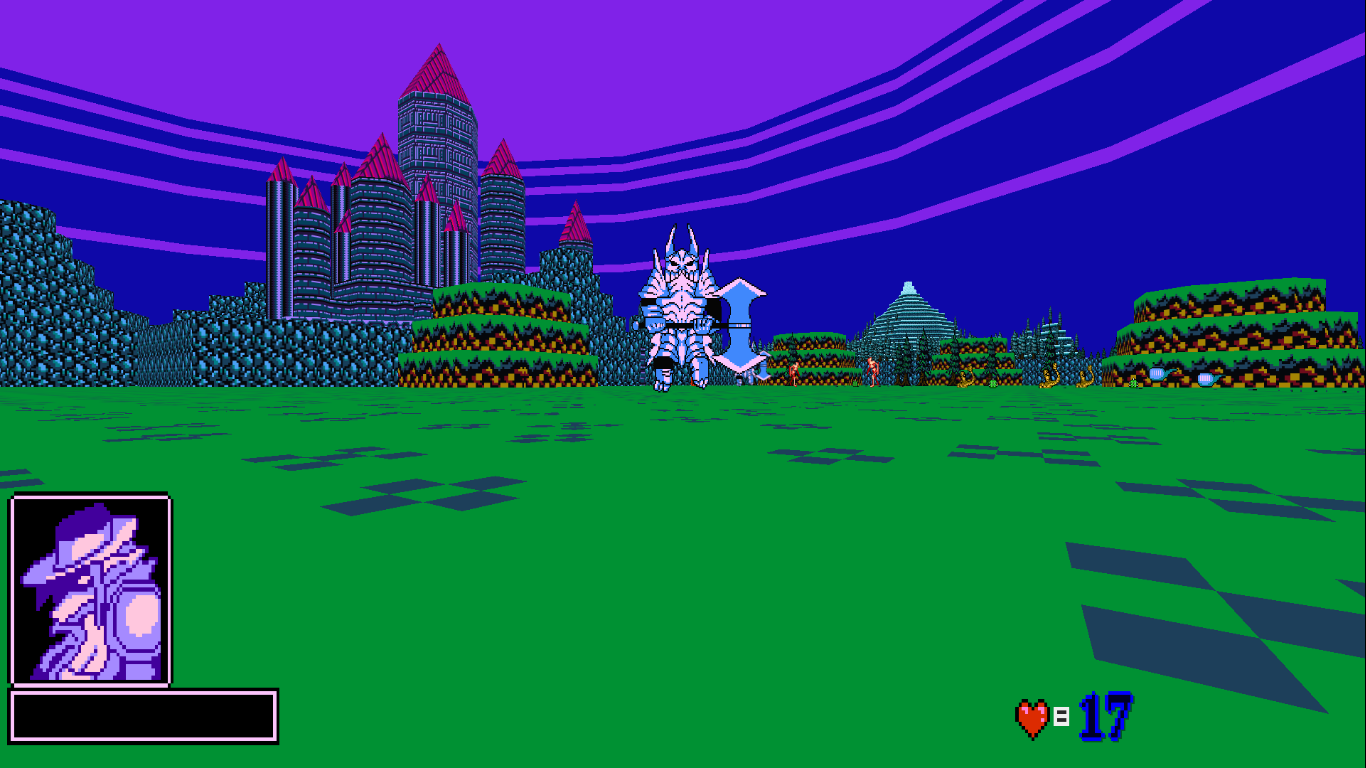 Really fun game! only issue I've had so far is that when I'm going up stairs and shoot as cricket the shots just hit the floor. other than that I've just enjoyed exploring and fighting the nasty beasts. Great job!

this game is coll

Why is it that Lycanthorn 1 and 2 have the exact same file names as Shrine 1 and Shrine 2? I'm sure that made things a lot easier to just copy paste over, but you've entirely screwed GZDoom users. When trying to take your .ipk3 it entirely breaks because it shares the same file names as Shrine. You shouldn't make people install GZ with every single game you make, just give us the WAD or ipk.

This is a fair point, but I believe if you just rename the ipk3 to a pk3 and it should work fine. It's designed to be played via the exe with the download. If the rename doesn't work, I'll upload a pk3 file of both games. Message again if it doesn't

Hey again Scum. Tried that name change and it doesn't seem to do it. If I use your exe everything works fine, of course, so if necessary ill just do that since it is the intended way to use it. However, what i'm trying to do, is have all of my doom wads on the same list, in the same GZDoom launcher. When I take Shrine 1's ipk3, (named shrine.ipk3) and shrine 2's ipk3 (named ShrineII.ipk3), AND, Lycanthorn 1's ipk3, (also named shrine.ipk3) and I haven't tried Lycanthorn 2 yet because of the issue here, but I assume its either named shrine or shrineII.

Obviously this means I need to rename the ipk because of identical names. Well, after changing the name to anything, including the ipk3 to pk3 change, it works in the sense of, Lycanthorn takes over control of the other ipk's data and position in the launcher so when I launch what was shrine, it will open Lycanthorn, but now there is no shrine on the list until I remove the Lycanthorn ipk3 from the file no matter what it's name is. It's still called shrine in the GZDoom list, but when opened it will be Lycanthorn.

Understandable if this isn't doable though, given what I'm doing is far from the intent. By all means ill just play the exe's if entirely necessary, it's purely just a QoL thing.

To replicate my issue, take your GZDoom file, put the shrine 1, 2 ipk3 in the file and open your list. Open shrine 1. Examine. Close GZDoom and add the Lycanthorn ipk3 to the file naming it whatever you prefer, either adding a number or changing it to lycanthorn. Open GZDoom again. Open what you now see as shrine 1(nameoffileyouchanged).

Good luck on whatever you decide to do!

I'll be around for any updates you make!

Also, why no level select in Shrine?

as a fellow female worgen, doom and castlevania appreciator a big thumbs up from me, amazing stuff friend, keep it up

you make me smile evertime you launch a new game, great job man keep it up!

Absolutely amazing!
I really like the addition of the kick. Even if it isn't good for combat, the speed-giving possibilities are many. Also, Rain looks much better with her foot paws not trapped in boots.

Very speedrunable, too, I just finished a Rain-only playthrough, not even obtaining the other partners, and doing 4/8 dungeons. Love that you can do that.

Man this was some damn good stuff, I loved how the game was open world.  Reminded me of zelda on the nes with the dungeon structure, but not nearly as confusing.

Looks great! I would love to stream it on Twitch, but the boobie-boss could bring me intro trouble. Is there a stream safe version of this game? Thanks in advance!

Hey, just finished the game. Honestly really fun game. I'd have to say my favorite playstyle was Wrath. His mobility, quick attacks, and animations were just a ton of fun to play with. Honestly if there was a whole game built around that playstyle I would probably love it. Anyway, just made this account to tell you that this is a really cool game. Have a nice day.

If you enjoyed wrath's playstyle you are really going to like what I'm making next. Stay tuned!

This Game looks very great! Nice job for everyone!

This is quite possibly one of the coolest games released in a while! Upvote if you agree!

loovvee ittt!!!!! is the music available for purchase??

It looks like I only come up to waist height of the npcs, I can barely see over the tables. Is this normal or am I supposed to be taller?

Woah, this is dope! The music is great (That graveyard theme is SOOOO good!), the art is great, and the gameplay fells great. The Wraith character has been fun to play around with, exploring all the nooks and crannies in this map :) 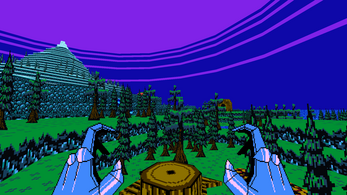 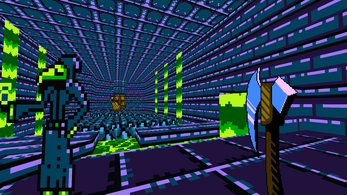 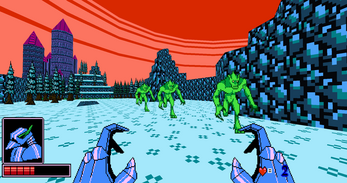 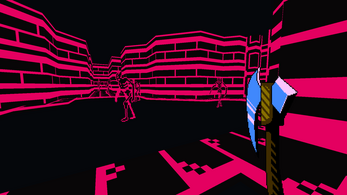 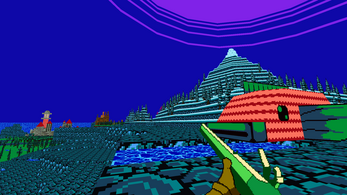